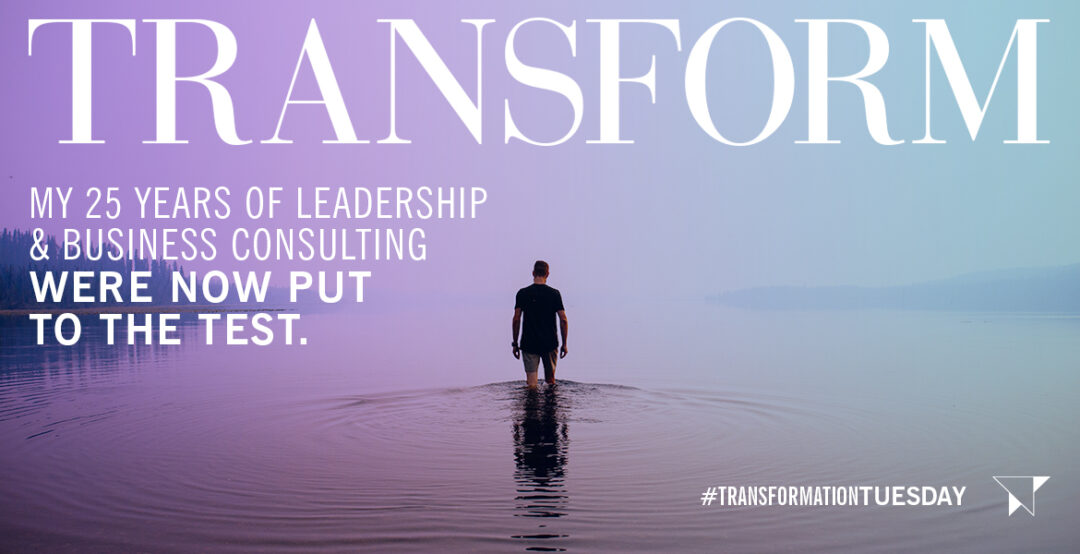 In 2017 and 2018 I was President of my church’s Council, the governing body of the organization. Within days of being installed as President, our minister announced that she was leaving, and instantly I was catapulted into a leadership role I was not expecting. Heading the Council was one thing, but without a minister, the Council and I, as leader of it, were now responsible for all aspects of the Church’s work: personnel, ministries, pastoral care, worship, and financial wellbeing as well as the oversight of the selection and onboarding of a new minister. Sounds like a full plate to all those business owners reading this!

My 25 years of leadership and business consulting were now put to the test. Some of my learnings may ring true for you as leaders of your organizations. Here’s what I learned:

Learning #1: Listening to one’s inner truth is vital to withstanding the outer challenges that arise in leadership. My work with the Enneagram and understanding myself—including my Nineness—and my impact on others prepared me for this learning. As I neared the end of the first year of my Presidency (end of 2017), I had a conviction that I wanted to continue one more year as President to see the community through the onboarding and integration of the New Minster. There was a hitch—the By-laws stated that one could not serve in an Executive position for more than 3 years in a row, which I already had. The membership of the church had to approve a suspension of the By-Laws for me to be able to serve another year’s term. While most supported this, some were vehemently opposed and quite vocal about that, saying, “It’s not you, it’s about the rules that need to be followed.” There were days when it was a little more challenging, especially as a Nine, not to take their dissent personally, but in the end, the By-Law suspension was approved. My inner conviction—that fighting for the additional year was for the best of the community—and my self-awareness helped me stay steady and grounded throughout the debate, through hearing all the behind-the-scenes discussions, and then finally when the vote was actually taken. I certainly had moments of doubt, but my learned ability to stay grounded and steady internally helped me withstand the outer dissension and conflict.

Learning #2: Being consistently transparent during a time of change and transition helps allay fear, rumors, and anxiety. Understanding and experiencing first-hand the impact of change on people was not new to me; however, in this leadership role, I gained greater insights into the level of transparency needed, the importance of constantly and proactively managing the transition, and how to manage the natural reactivity to change. I found the key to allaying much of the reactivity in the community was to be consistent in keeping the community informed about what was going on, what was going to happen next, and repeatedly reminding everyone of our shared vision for the future. Providing ample opportunities for gatherings to discuss and get input on our direction was also critical. Being transparent takes work, but it works!

Lesson #3: Letting go and trusting that the best outcome will emerge if you are patient, deliberate in your actions, and willing to detach from the need to be right. The search for a new minister (similar to a search for a new key team member) required a clearly defined process that was flexible yet very deliberate. The Council selected a seven-member search team and defined the overall parameters for the search. Then, they empowered the search team to develop their processes to achieve the desired outcome—to present their selection of a new minister to the Council, which would then affirm or deny their recommendation. Once the search team narrowed down the selection to three candidates, the community met each of the candidates over three weekends. The next defined step was to hold a discernment session open to anyone who wanted to give input on who would be the best candidate. Over 80 people attended, and by the end of this session, it was clear that the community was divided—the decision was not going to be easy. I was very clear on who I believed to be the best fit, and I found myself wanting my voice to be stronger, feeling a little entitled as the President. To be honest, I encountered a part of myself that I didn’t like—the part of me that wanted to be right and for others to know that I was right. Facing into that truth was, at first, difficult, but in the end, freeing because I realized that the need to be right was a form of wanting to control the outcome, and this meant at some level, I didn’t trust the process or the people empowered to make the decision. Letting go of my ego’s perspective, discerning when to speak up—and when to be quiet—and trusting the process and others is a lesson that isn’t learned with one experience, one I encountered once again during this process.

What situation have you experienced where you learned a lot about yourself? We’d love to share your story and your learnings with our readers. Send us an email, and let’s talk about how to do that.