Can We Rewrite the Script? 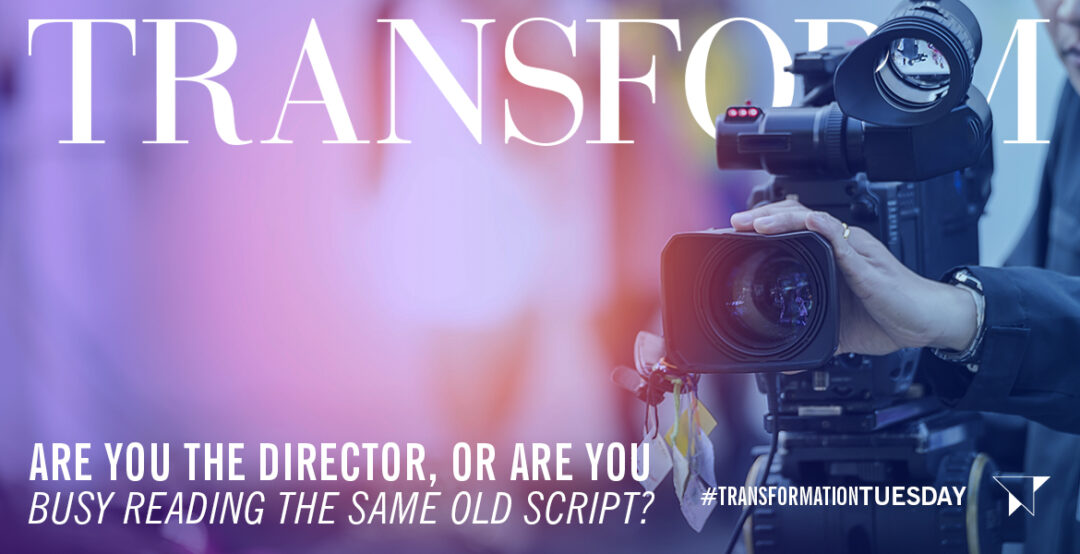 Are We in a Movie All Just Playing Our Parts, or Can We Rewrite the Script and Be Aligned with Our Hearts?

As this movie called 2020 rolls, are you the director, truly connecting with and responding to the real people and situations right in front of you, or are you busy reading and re-reading the same old script, missing possibilities and opportunities?  What are you not seeing clearly as you look at your co-workers, employees, even your family? Where are you “acting” rather than engaging, playing an old part rather than aligned with the moment, your feelings, your heart?

Neuroscience teaches us that over time we develop “grooves” or neural pathways that form “automatic” and repetitive beliefs, responses and behaviors. Once formed, these “automatic” patterns can become such a seamless default that we don’t even realize we’re looking at and responding to others – and they to us – through a comfortable old lens rather than meeting each other as we are here and now.

Here’s how it might look if you’re filming with an old lens:

A manager has an employee who would be a good candidate for a supervisory position he’s having trouble filling. But early in their work together, the employee raised her voice and upset colleagues during a stressful situation. The employee owned that outside events fueled her reaction, has been fine under stress since, gets along well with her peers, and has done a great job otherwise. The manager says that because of that early reaction, he just doesn’t trust the employee to keep it together when the going gets tough, so there’s no way he can promote her.

An employee consistently clowns around on breaks. Although he gets his work done and often makes thoughtful, even innovative, suggestions, his manager always choses one of the employee’s peers to take to big meetings instead because he’s afraid the employee will embarrass him by not being serious enough.

Employees hate to ask one manager anything and do so only when they can’t avoid it. The manager was very withdrawn after a personal tragedy in his family and although he’s been working on being a better communicator and is in fact communicating fairly well, employees say they still feel guilty “bothering him” and that they never know what he’s thinking or what he wants them to do.

Do any of these scenarios ring a bell? Well, the good news is we can change those ingrained neural pathways, build new ones, rewrite the old “script” and move beyond our automatic ways of seeing and responding. Dr. Dan Siegel, an expert on interpersonal neurobiology, says, “Where attention goes, neural firing flows and neural connection grows.”  In other words, we can begin to change those neural pathways by paying attention to what is actually going on within us and where we choose to put our focus. Siegel also suggests spending more time in “Beginner’s Mind,” being open and curious as though a person or experience is brand new to you, as a way to move away from those “automatic” responses.

If you’re ready to see things through a clear lens and rewrite your scripts, let us know – we can help.