What makes a leader “great”? 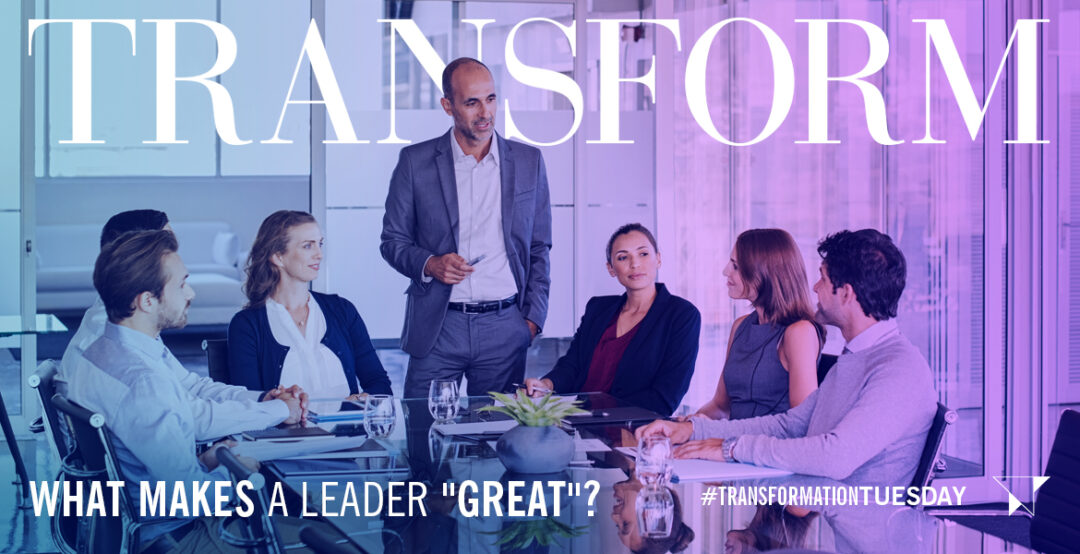 “Greatness is that quality that is impossible to define with scientific precision but almost equally impossible to mistake once you see it. … It oozes out of great-souled people in rare but commonplace fashion and in that way draws everything in its orbit into the stuff of greatness, too.” —Joan Chittister

What makes a leader “great”? As the quote says, it is difficult to define greatness, yet you usually know it when you see it. Greatness is often ascribed to a leader after a crisis or significant event has occurred, but it is rarely said about someone on a day-to-day basis. Great leadership is built one day at a time, one action or interaction at a time. And for leadership to be great, the leader isn’t looking to be defined as “great.” Rather, s/he acts from a set of defined values and commitments that seek only to be expressed and lived because “it’s just the right thing to do.”

When working with new managers, I have them do an exercise that gets them to define the type of leader they seek to be. I ask, “What do you want said about you as a leader?” They are given a list of values, attitudes, and actions of a great leader, and are instructed to narrow down the list to ten descriptors that they are willing to commit to doing as a leader. The initial list has about 50 items, so it’s not an easy exercise. What the manager needs to do is really tap into his/her values and beliefs to select their top ten. This list then becomes a tool that managers use to stay true to who they are, the impact they want to have as a manager, and the actions that define their success. This becomes the “true north,” a phrase coined by the late Stephen Covey, from which the manager operates and lives.

You can create your own personal “true north” with our Leadership Development exercise. If you do it, don’t keep it to yourself. The real power is sharing it with your manager, or, better yet, your employees.