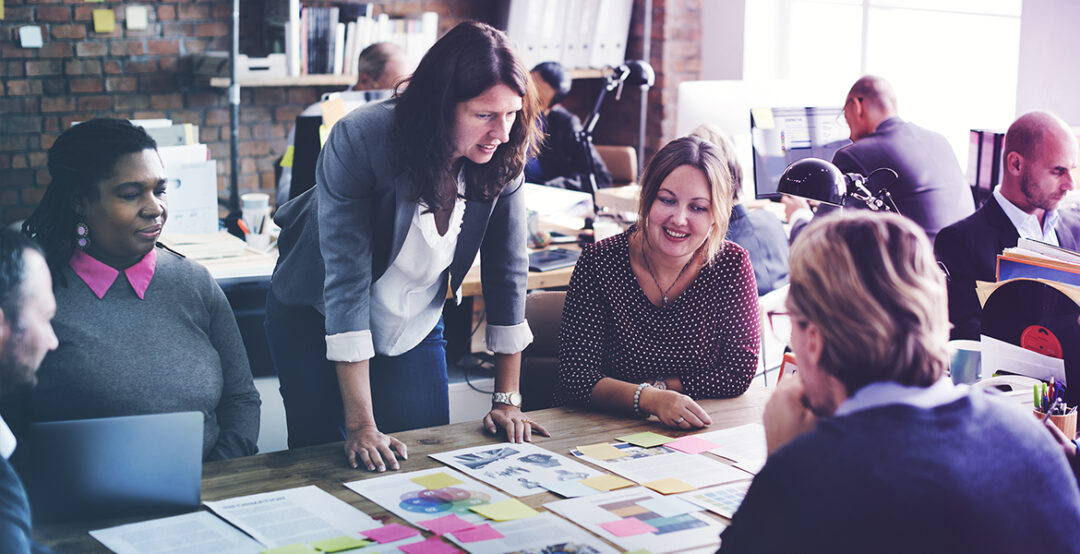 We see it all the time – a few great leaders with high EQ. They stand out and they are outstanding. Find out more by checking out this article by Dr. Travis Bradberry. We find his insights to be accurate and hope they will spur you on to increase your EQ. Let us know if you need some help. 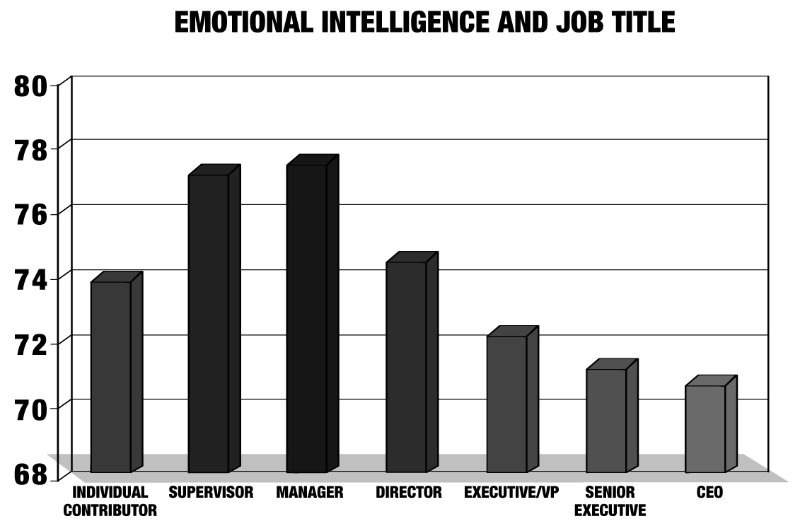 To find out, we analyzed the emotional intelligence (EQ) profiles of the million-plus people in our database-workers from the frontlines to the C-suite. We discovered that the answer is yes, organizations today do promote the emotionally inept… except when they don’t. Allow me to explain.

We found that EQ scores climb with titles from the bottom of the corporate ladder upward toward middle management. Middle managers stand out with the highest EQ scores in the workplace because companies tend to promote people into these positions who are level-headed and good with people. The assumption here is that a manager with a high EQ is someone for whom people will want to work.

But things change drastically as you move beyond middle management.

For the titles of director and above, scores descend faster than a snowboarder on a black diamond. CEOs, on average, have the lowest EQ scores in the workplace.

The higher you go above middle management, the more companies focus on metrics to make hiring and promotion decisions. While these short-term, bottom-line indicators are important, it’s shortsighted to make someone a senior leader because of recent monetary achievements. Possibly worse than metrics, companies also promote leaders for their knowledge and tenure, rather than their skill in inspiring others to excel.

Companies sell themselves short by selecting leaders who aren’t well-rounded enough to perform at the highest levels for the long term.

Once leaders get promoted they enter an environment that tends to erode their emotional intelligence. They spend less time in meaningful interactions with their staff and lose sight of how their emotional states impact those around them. It’s so easy to get out of touch that leaders’ EQ levels sink further. It truly is lonely at the top.

Whether you’re a leader now or may become one in the future, you don’t have to succumb to this trend. Your emotional intelligence is completely under your control. Work on your EQ and it will boost your performance now. Your effort can also ensure that you don’t experience declines as you climb the corporate ladder. Even if your employer promotes you for the wrong reasons, you’ll still outperform your contemporaries.

To help you get started, here are some of my favorite EQ-boosting strategies for leaders. They apply to anyone, so give them a try, even if you’re not a leader (yet).

Acknowledge Other People’s Feelings
Assertive, action-oriented executives don’t exactly ignore other people’s feelings. What they tend to do instead is to marginalize them or “fix” them so that they don’t get in the way of action. While some have suggested that this is a predominantly male problem, it can more accurately be described as a “power problem.” People who fail to acknowledge other people’s feelings fail to realize that lingering emotions inhibit effective action. So the next time you notice someone on your team expressing a strong emotion, ask him or her about it. Then listen intently and play back what you have just heard in summary form. By validating their emotions, you’ll help them feel understood so that they can move forward without hindrance.

When You Care, Show It
This might be the easiest thing you can do-as long as you actually do it. Good leaders always notice when people on their teams are doing good work, but they don’t often show it. When you appreciate something that another person does, let him or her know about it. Even a quick email or pat on the back goes a long way in this regard. There are people who do great work around you every day. Don’t put off letting them know how you feel about it. Your praise will build fierce loyalty and inspire your people to work even harder.

Watch Your Emotions Like A Hawk
The techniques above are extremely effective, but both require an awareness of your own emotions in the moment. You may think you have a world-class poker face, but if you’re like the average executive, your weakest self-awareness skills are “understanding how your emotions impact others” and “recognizing the role you have played in creating difficult circumstances.” In other words, you would become a much more effective leader if you obtained a better understanding of what you feel, when you feel it. Practice this by taking notice of your emotions, thoughts, and behaviors just as a situation unfolds. The goal is to slow yourself down and take in all that is in front of you, so that you can understand how your emotions influence your behavior and alter your perception of reality.

Sleep
I’ve beaten this one to death over the years and can’t say enough about the importance of sleep to increasing your emotional intelligence and improving your relationships. When you sleep, your brain literally recharges, shuffling through the day’s memories and storing or discarding them (which causes dreams), so that you wake up alert and clear-headed. Your self-control, attention, and memory are all reduced when you don’t get enough-or the right kind-of sleep. Sleep deprivation also raises stress hormone levels on its own, even without a stressor present. The pressure that leaders are under often makes them feel as if they don’t have time to sleep, but not taking the time to get a decent night’s sleep is often the one thing keeping you from getting things under control.

Quash Negative Self-Talk
A big step in developing emotional intelligence involves stopping negative self-talk in its tracks. The more you ruminate on negative thoughts, the more power you give them. Most of our negative thoughts are just that-thoughts, not facts. When you find yourself believing the negative and pessimistic things your inner voice says, it’s time to stop and write them down. Literally stop what you’re doing and write down what you’re thinking. Once you’ve taken a moment to slow down the negative momentum of your thoughts, you will be more rational and clear-headed in evaluating their veracity.

You can bet that your statements aren’t true any time you use words like “never,” “worst,” “ever,” etc. If your statements still look like facts once they’re on paper, take them to a friend or colleague you trust and see if he or she agrees with you. Then the truth will surely come out. When it feels like something always or never happens, this is just your brain’s natural threat tendency inflating the perceived frequency or severity of an event. Identifying and labeling your thoughts as thoughts by separating them from the facts will help you escape the cycle of negativity and move toward a positive new outlook.

Bringing It All Together
Is your employer perpetuating this trend, or are they bucking it by developing high-EQ leadership? Do you know high-EQ leaders who outshine the rest? Share your experiences in the comments section below, and let’s have a conversation about this important topic.

This article, Why Leaders Lack Emotional Intelligence, was written by Dr. Travis Bradberry for FinanceUniversal.info